The Gender Pay gap is different to Equal Pay

Gender Pay gap shows the difference between the average hourly earnings of men and women across the workforce and is about addressing the representation of women in the workforce. Equal pay is about whether women and a man performing the same work, at the same level, in the same organisation receive the same pay.

What is Gender Pay

The Equality Act 2010 (Gender Pay Gap Information) Regulations 2017 brought into effect a requirement for large employers to report publicly every year on the differences in aggregate pay and bonuses of men and women. Employers with over 250 employees must calculate a standard set of key metrics on their gender pay and gender bonus pay.

The regulation applies to all private sector employers with 250 employees or more and every year must report on the following: –

Our workforce to date is made up of 192 males and 102 females, making males 65% of our workforce.

We can confirm the data below is accurate containing information relating to 5th April 2017, however we have excluded data of those not receiving full pay due to Maternity/Paternity Leave or Sickness etc. as we are required to do

We have a gender pay gap because we employ more men than women. It is not unusual for companies like ours to employ more men than women, due for example to a smaller pool of female talent found for areas such as Java Developers, IT technicians. Other factors also influence this including local and geographical conditions together with historic recruitment and market force factors.

Proportion of Males Receiving Bonus is 13.69%

Proportion of Females Receiving Bonus is 8.97%

Utiligroup have fewer women in senior leadership positions, again this is due to recruitment challenges and other influencing factors we face as a Company.

The chart above shows the gender distribution in the four quartiles based on pay bands. We have more males across our workforce and that is reflected in the bands above. There is less women in the senior leadership roles and this is reflected in Band D.

Utiligroup ensures all staff have equal opportunities to progress within the Company by advertising roles internally. We ensure all staff are at or above the real living wage £8.75 per hour as recommended by the Living Wage Foundation.

As a Company we are absolutely committed to building a fairer more equal society, and we will continue to ensure we are fair and transparent in all recruitment and other interactions with our staff. Whilst this is always a never-ending journey, we are pleased to report our very first reportable mean gender pay gap is significantly lower than the national average, despite the historic gender imbalance where males constitute 65% of our workforce. 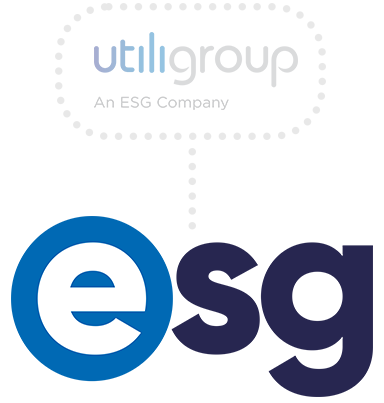